I hope you all had a wonderful weekend. The weather here in Central Illinois was a beautiful, balmy 59 degrees on Sunday and you know it, I took a walk. Still a bit muddy on the trail, though. Even though the weather was superb, it just wasn’t the same without my walking partner Calleigh. She was a great little dog, and I miss her fiercely.

But that’s not why you’re here! As promised, I’m working on a new project, an adorable crochet amigurumi unicorn. I am allowed to share the photo of the little cutie as well as sell any that I may make, but I am not allowed to share with you the pattern. And I can respect that. If I had come up with a pattern to sell, I wouldn’t allow anyone to give it away either.  You will have to go to Etsy and purchase that as I did. But I will share with you the steps I took to make it.

First of all, I was curious as to where this technique of crocheting stuffed animals originated? And where did it get such a strange name? Amigurumi? Where did the name originate?

Amigurumi is a craft that originated in Japan. It’s the art of making small stuffed animals with crochet stitches. Ami- 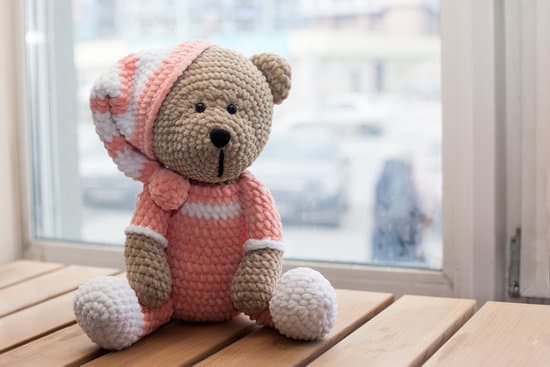 meaning crochet or knit and nuigurumi means stuffed do. Japan has been doing for Amigurumi for decades but first became popular at the turn of the century. They began popping up on the popular website Etsy, as well as other online crafting market places. Depending on the size and detail, they can sell anywhere from $10 to $100.

The Crochet Guild of America (CGOA) cites earlier records of crocheted and knitted dolls made in China. During the Edo period (1603-1867, Japan was under the rule of Tokugawa shogunate), Japan traded with the Dutch, and as a result, it believed that knitting was introduced as a technique. Knitting evolved with the samurai, who were experts in creating garments and decorations for the katana (Japanese sword) and winter garments.

Since then, it has become popular around the world. Generally, Amigurumi dolls and toys are purchased for aesthetic purposes rather than children’s toys.

The first thing that I learned with this technique is to use the magic circle. Generally, if I were making an afghan in a circle or working on a doily, I would chain three or four, join to make a circle, and then crochet, however, many the pattern instructs. This project is going to be stuffed, and you don’t want that hole in the center of your circle to show up an allow the stuffing to show or, worse yet, escape. 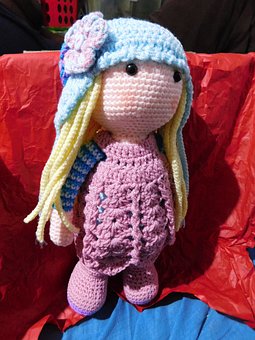 These little creatures are worked in the round, generally in several pieces such as arms, legs, head, and body. Normally to work a circular project, you would join the end of each row to the beginning stitch with a slip stitch and then chain several chains to equal the next stitch of the next row. With Amigurumi, you will continuously work (normally single crochet) in the round, and keep track of your rows and number of stitches with a marker. And when I say keep track of your number of stitches, you need to count as you go for each row because you are going to be increasing and decreasing your stitches to make the shape of your piece.

So, do not join your rounds. Continuously crochet as if you were spiraling upwards. Use your marker. If you don’t have one, you can loop a paperclip to mark your row until you can get some.

Generally, use worsted yarn. Just the typical plain ole Red Heart yarn works the best. If you use the extra soft ones that are out now, you can run into frustration. These types of yarn are harder to work with and can snag or separate. Then if you get into the fuzzy yarns, you can easily miss a stitch, and then you have your work ending up in the wrong shape or size.

Now I’m using Caron Simply Soft on a project right now, but only because I had a lot of left-overs, I’m using for this particular project. And yes, it does like to snag and separate often, and I’ve redone several rows to correct stitches.  So it’s up to you if you whether you want to use regular yarn that works up easily and quickly or use the leftovers from previous projects. LOL!

Another technique you may want to pay attention to is your tension or the way you crochet. I tend to do my stitches tightly because of the way I learned how to crochet. I’m left-handed and learned how to do it right-handed. But not in the way a typical right hands person would work their stitches. When I pull up a loop, I do it with my left hand. I loop the yarn over the hook with my left hand. When right-handed people do it, they catch the yarn with the hook and loop it over. The right hand does all of the work, and the left hand is generally there to hold the tension. But the way I learned how to do it, I’m using both hands equally and end up with tighter stitches. When making regular projects such as scarves and afghans, the hook I use is usually at least two sizes larger than what the pattern calls for. I know this isn’t the traditional manner, but works for me. Anyway, what I was getting to is that the stitches for an amigurumi project need to be reasonably tight because of the stuffing trying to get out. You may want to stuff a nylon stocking first and then stick it into the project if you’re too worried about your stitches being too loose.

If you’ve never crocheted before, I don’t recommend Amigurumi be your first project. But once you have the basics down, you shouldn’t have any trouble. Just make sure your stitches are even, keep track of your rows and count your stitches per row. Making these can be a lot of fun once you get the hang of it.

Feel free to post photos of your projects in the comments when you leave me a comment.