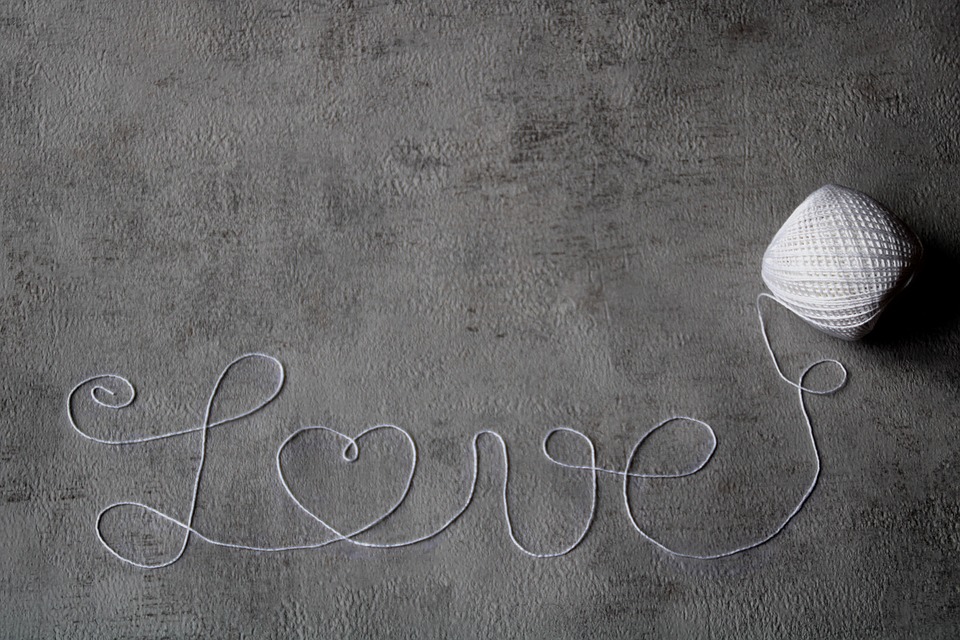 Some can be skeptical that overall crafting can be beneficial in many ways when it comes to our mental health. The everyday stress of day to day activities can eventually take a mental as well as physical toll on our minds and bodies. Taking up a hobby such as crochet can help relieve some of that stress.

The repetitious actions and thoughts of crocheting and knitting can be very calming. The counting of the stitches has even been shown to be an outlet for those with obsessive compulsive anxieties. Your mind is busy focusing on what your hands are doing rather than the stress inducers around you. I find that it brings me into a calmer space. The problems that tend to overwhelm me at times throughout the day seem to melt away and for whatever time it may be, my mind is free to concentrate on the task at hand rather than thinking I need to solve the problems of the world.

Psychologist Mihaly Csikzentmihalyi described crafting as a moment in time when you are completely absorbed in an activity that nothing else seems to matter. The stress of the day, as I said before, melts away. Repetitious movements and the fact that our nervous system is only capable of processing so much information at once is what he attributes it to making us happy when crocheting or knitting. When one is crocheting, outside problems are suspended and put to the back of the line.

3. As a Natural Antidepressant

The sense of creating also creates dopamine, which is a neurotransmitter in the reward center of the brain. Dopamine is a natural antidepressant. The British Journal of Occupational Therapy studied over 3,500 knitters and found that 81% respondents with depression said they felt happy after knitting.

4. Protecting Against Aging of the Brain 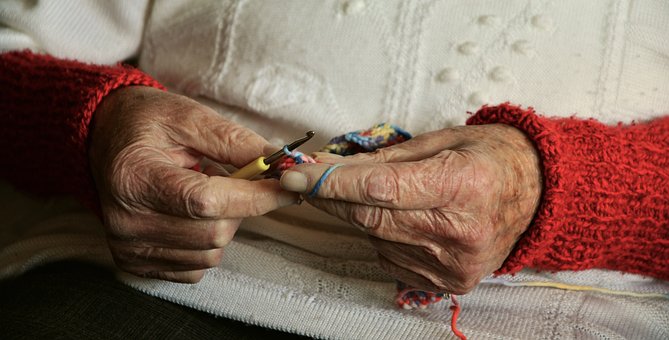 Research has shown that stimulating intellectual activities where the brain is obtaining new information (learning) it can help delay the onset of dementia.

Crafting things such as knitting or crocheting uses different parts of the brain, such as memory, problem solving and the attention span. 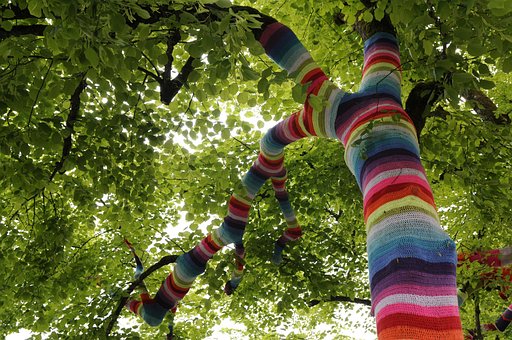 Many people believe that their self-worth is rated in what they have accomplished and this can have an effect on their self-esteem and have a negative impact on their health overall. Crocheting can actually change that by giving
a sense of pride in learning something new and mastering a particular technique. By taking something like, what a friend’s grandson described as taking rope and a stick and making something beautiful, literally making something from nothing can do wonders for the self-esteem department.
It can also be uplifting when something is created for the sole purpose of giving it to someone as a gift. Gifts from the heart are more heartfelt for both the giver and the receiver than if the gift were store bought.

Scientists are beginning to study leisure activities and the impact they have on the brain. Playing games, reading books, and crafting could reduce your chances of developing mild cognitive impairment by 30% to 50%, according to a 2011 study published in The Journal of Neuropsychiatry.

Some worry about the effects of carpal tunnel with the repetitive motion when crocheting. I too was concerned. But there are several types of hooks that help with that. I went from the small handle to a set of orthopedic hooks from Amazon.com that made a world of difference. I also found that I was grasping the hook too tightly. If I hold it loosely, my stitches turn out better and my hand can hook for hours without any problems.

Disclosure: Some of the links on this page are affiliate links, meaning at no cost to you, I will earn a commission if you click through and make a purchase.